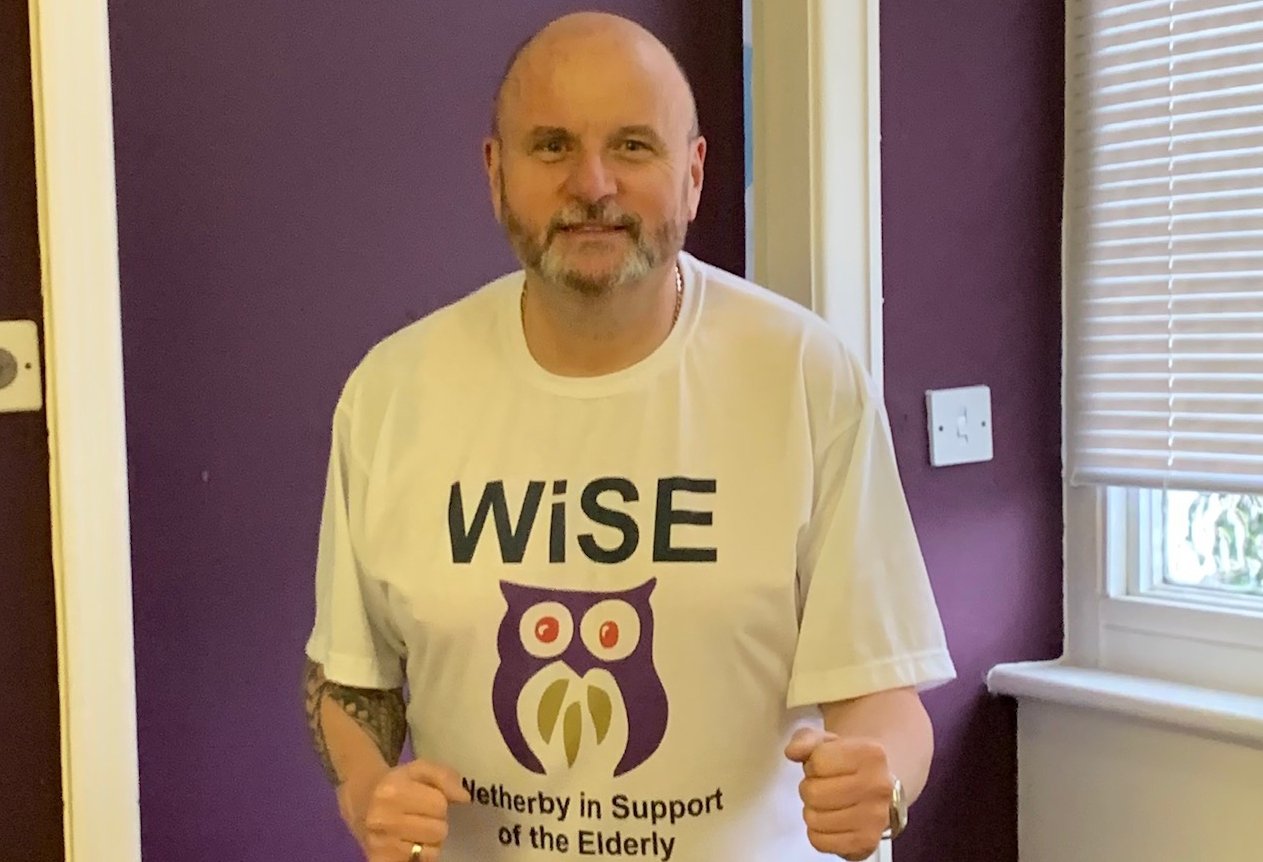 A Wetherby charity boss is taking on a double dose of fundraising dashes in just one day- after a race he’d entered got rearranged.

Mark Dobson had already pledged to raise money for Wetherby in Support of the Elderly by signing up to the Wetherby 10K in September.

But now Mark will take on the Leeds 10K as well- a race which he’d entered last year but which then got postponed by the pandemic.

The two races are separated by just a few hours, but Mark hopes his madcap challenge will inspire more runners to raise money for the charity to help plug a fundraising shortfall.

Mark, Chief Operating Officer at WiSE, said: “I could hardly believe it when I got the news that the Leeds 10K had been moved to the same date as the 10K I’d already signed up to in Wetherby. I’m never one to turn down a challenge though- even though there’s less than five hours between the start times of each event!

“Over the last year, WiSE has delivered unprecedented levels of support to older people across Wetherby and surrounding villages. At the same time though, many of our supporters have had to cancel their usual fundraising activities, meaning that we face a funding shortfall.

“Our council funding allows us to deliver a basic level of provision to isolated, older people in desperate need of our help. But every single penny we raise beyond this means we can enhance our offering and do even more for older people in our community.”

Wetherby in Support of the Elderly’s crafty club has come up with an innovative way to curb loneliness- creating boxes filled with time. Visitors to the WiSE’s craft session have developed ‘gift of time’ boxes as a way of encouraging loved ones to spend valuable time with an older relative or friend. The ornately decorated…

Wetherby shoppers have bagged more than £225 for a local charity at the heart of helping isolated, older people through the pandemic. Wetherby in Support of the Elderly (WiSE) will benefit from the cash windfall thanks to Co-operative members, who selected the cause for support after hearing about its memory café for those living with…

A popular support café in Wetherby for people living with dementia and their carers can reopen, thanks to National Lottery funding. Wetherby in Support of the Elderly (WiSE) says it plans to reopen its ‘Meet Up Monday Memory Café’ this summer as a result of the £4,608 National Lottery Awards For All grant. The cash…

A charity funded culinary campaign to get kitchen-shy older men cooking has issued a final call for sign-ups. Wetherby in Support of the Elderly (WiSE) is working with Wetherby Man with a Pan to (MWAP) to deliver the course for men aged 50 or over- with just one more place available. The programme gets underway…

At least 500 older people in Wetherby have raised a smile thanks to a charity postal project designed to cut feelings of isolation and loneliness. Wetherby in Support of the Elderly’s (WiSE) ‘Send A Smile’ scheme launched just four months ago, but has already received 500 pieces of handmade post sent in by everyone from…

A lifelong line dancer from Leeds has been lauded for charity lockdown lessons which have given a vital lifeline to dozens of isolated older people from across the city. Julie Clarkson, from Churwell, had been delivering weekly exercise classes for Wetherby in Support of the Elderly (WiSE) for two years, before having to suspend face-to-face…

We use cookies on our website to give you the most relevant experience by remembering your preferences and repeat visits. By clicking “Accept”, you consent to the use of ALL the cookies.
Cookie settingsACCEPT
Manage consent

This website uses cookies to improve your experience while you navigate through the website. Out of these, the cookies that are categorized as necessary are stored on your browser as they are essential for the working of basic functionalities of the website. We also use third-party cookies that help us analyze and understand how you use this website. These cookies will be stored in your browser only with your consent. You also have the option to opt-out of these cookies. But opting out of some of these cookies may affect your browsing experience.
Necessary Always Enabled
Necessary cookies are absolutely essential for the website to function properly. This category only includes cookies that ensures basic functionalities and security features of the website. These cookies do not store any personal information.
Non-necessary
Any cookies that may not be particularly necessary for the website to function and is used specifically to collect user personal data via analytics, ads, other embedded contents are termed as non-necessary cookies. It is mandatory to procure user consent prior to running these cookies on your website.
SAVE & ACCEPT